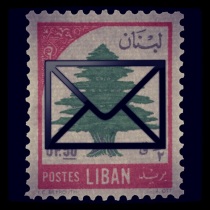 I decided to try something different for my blog in November. For 11 days, I’ll post stories from the war that didn’t make it into the recently published Coffee & Orange Blossoms: 7 Years & 15 Days in Tyre, Lebanon.

While recovering from our evacuation experience in July 2006, I wrote a debriefing journal, while memories were still fresh. I predicted that the stress of that time in our lives would erase details that could be helpful to remember later.

I almost incorporated this added information into the email pages of the book, but decided that realism would be ruined and the urgent feeling of their brevity would be lost.

Now I offer you these details as an added-value bonus to supplement the rather sparse treatment found in the book.

Many of our neighbors had already relocated to what they thought were safer places. Kamel and Amina, across the hall had moved to another family member’s house closer to the Souk. They weren’t there on this particular evening.

Nur, from the 7th floor came up to talk to us. She was visibly shaken and very nervous about the safety of the building. She had heard that Hezbollah had hit an Israeli naval vessel in the Port of Beirut and she was worried that any building on Lebanon’s entire coast would be open for general reprisal. She told us that she and her husband Tony were planning on relocating and she was going up and down the building advising everyone else to do the same.

After she left, we called the Edmond and asked if we could go to his place. He said we were welcome. Then, after thinking about it some more, we decided that driving the couple miles to their house at night would be more dangerous than staying put. Kimarie was also worried about moving away from our own place, since we had our own resources there and better options for keeping the children (Naomi – 2 and Gideon – 3) occupied and comfortable.

In the end, we stayed, though we packed some secondary bags with clothes and food so we’d be ready in case we decided to move to Edmond’s house in the morning. These would be bags that we could ditch along the way if any flight we were making were to get desperate.

Tony visited us that night too. He was trying to find Nur in the building and stopped to chat a little. Kimarie served him juice and nuts as he chain‐smoked a couple of cigarettes in our front sitting area. You could tell he was nervous too, as he compulsively ate the entire bowl of nuts. He thought that we had made the right decision to stay and that he wanted to try to control his wife’s panic a little, if he could only catch up with her. It was his impression that there was no reason for the Israelis to choose our building out of all the others to hit. We didn’t have any Hezbollah neighbors in the building. He couldn’t decide if it was a better idea to darken our apartments or to turn on balcony lights.

Kimarie and I agreed that we should move the kids into our room for the night to minimize the risk to them. Their room was on the outside edge of the building and only had a window and a wall between them and the Sea, while our room was closer to the elevator shaft with 5 walls between it and the Sea.

A brand new propane company had opened just months earlier about half a mile south of the main Hoshe circle. It was one of the first places hit, but it wasn’t long before they hit the gas station right on the main intersection there, between the Denis’s house and ours. I had stopped at that station to top off our tank the day before on the way home. As the attendant was filling my tank he pointed to the sky to point out the tiny white arrows streaking across the sky directly above us as we both listened to the roar. I hadn’t even considered that the gas station itself might be a target for them.

Author. Crosscultural coach. Community builder. I used to speak Arabic. Husband, and father of 4. I try to follow Jesus.